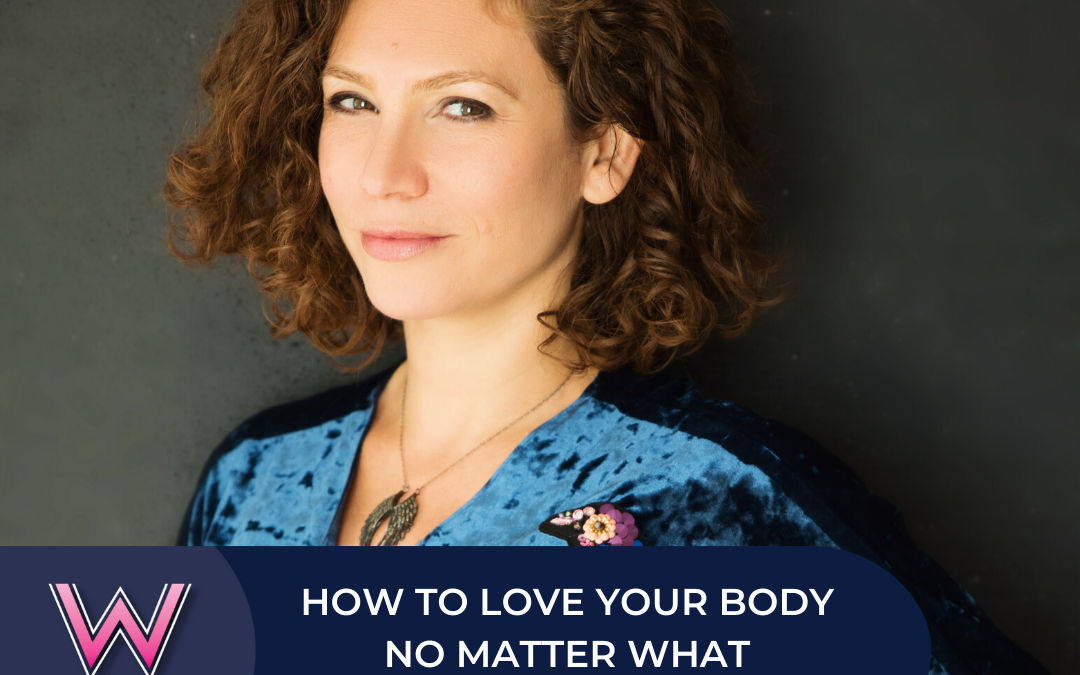 Do you love your body? Are you one of the 4% of people around the world who would describe themselves as beautiful?

In this culture of perfectionism it can feel impossible to measure up, contributing to rising rates of depression and suicide. But what if you had the power to become the happiest, healthiest most fulfilled version of yourself? My guest today has confidence that you do.

Harriet Waley-Cohen, believes in life-changing transformations, and envisions a world in which women and girls know that they and their bodies are ALWAYS good enough.

In today’s interview she talks about acceptance; how to love your body the way it is; screening your media like crazy; focusing on gratitude for what your body does for you, and getting on your own side.

But if there was only one question she says, that anybody ever needs, it would be: ‘what would love do?’

[01.01] Harriet talks about getting onto this path and how she changed her relationship with herself.

[02.12] How YOU can heal your relationship with yourself, and love your body the way it is.

[04.37] With all the physical knocks her body has taken, Harriet discusses learning to love yourself, and how to keep doing it.

[12.34] Starting a conversation with your body.

[15.28] How Harriet’s experiences have impacted the way she relates to the people she is helping to transform.

[16.53] Moving from a dysfunctional view of your body, to getting okay with yourself.

[17.35} If the ‘big vision’ to love your body feels out of the question, focusing on moment to moment, tiny shifts make anything feel possible.

[24.10] Young kids, social media and reality vs. the photoshopped ideal, and whether access to all this information makes for a more balanced view. (Spoiler: It doesn’t!)

“When you try to fight with reality you lose, but only 100% of the time” – Harriet Waley-Cohen

“There’s a theory called The Active Learning Cycle, and for many of us we’re just in ‘do, shift, do, shift, do, shift’ and we never do the ‘do, reflect, then shift your behaviour, then do again’ and we miss out on that reflection point because our brains can’t chill” – Lisa Linfield