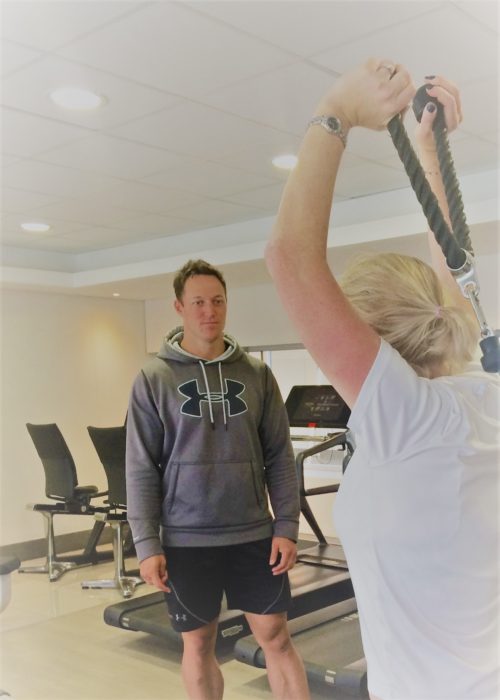 This is the last article in our series on the 7 Steps to health and wealth.

The epiphany came in early January 2012.  I knew I needed to do something drastically different.  That if not, I’d never live to enjoy the children I’d spent so many years trying to have.

I went on my first diet when I was 10 years old.  Weigh-Less.  Weekly weigh in’s, counting servings.  I think I did every diet created over those next 15 years.  But none made a difference because I had no ability to stick to them.  No ability to deeply change my behaviour.  Exercise wasn’t an issue – I played in many sports teams through school and university… and the team accountability got me to each training session.  I would never just not pitch.  Let all those people down?  No way.  Not an option.

Then real life hit.  No more team sports, no more collective accountability.  And no more teenage conversations about the latest diet.  It was all up to me.  I needed to find a way to exercise regularly.  To eat healthily because it was the right long term thing to do.  To take multi-vitamins.  To teach myself about the shifting trends of nutritional research.  And the progress made in exercise physiology.  It was made all the harder in that I’d spent four years at university studying physio (physical) therapy.  And so I thought I new all I needed to know and then some.

But the challenge was no matter how hard I tried, I never settled into a daily disciplined rhythm.  It was not through lack of trying.  And my discipline and capacity to work showed that it wasn’t that I was lazy.  And 10 years later, I still had great intentions of settling into regular exercise.

The Year of The Twins was a massive challenge for me.  It started with IVF, included 3 hospital stays, stopping labour at 32 weeks,  5 months in bed and LOSING 15kg’s.  So when I surfaced in January 2012 when they were 4 months old, I put on my trainers and set off to run my very familiar route from our home at the river.  The last time I’d done it, it was more than a year prior.  And I had managed the 25 minute run no problem.

Exhausted, I sat down having not yet made it out the Estate.

For the first time I was able to actually reflect upon what it was like to lose your health.  I’d spent the last year fighting for the survival of myself and my twins.  I’d had hours and hours to think as I lay lifeless in my bed.  But not the space to reflect, to look back on it.  To see it from ‘the other side’.  We’d all made it alive.  And I guess this run was the first time I’d felt enough health to try and do something ‘proactive’ instead of using all my energy to just survive.  And in that moment, I knew something had to change, I just didn’t know what.  I’d tried it all.

It’s an amazing thing about those pivotal moments.  They burn deeply on your heart.  And they create a searching in you consciously and subconsciously to find the solution.  And in May it came.

On the way back from a work offsite, my colleague and friend mentioned that she was going early the next morning to her personal trainer.  I had never even entertained the concept of a personal trainer.  I had a 4 year degree in physio, why on earth would I have considered it?  But something in me jumped at the moment.  And the next morning I joined her.

Broken is an underestimation of how I felt.

We lifted, hammered, jumped on and dragged enormous tractor tires around a tennis court.  And needless to say, it didn’t end well.  And as far as Kyle was concerned, he thought I’d never return.  But that inner fighter in me just couldn’t live with not being able to do it.  I’d played in so many sports teams.  How on earth was I unable to drag a tractor tire?

And so began my twice-weekly sessions with Kyle.  Five and a half years later, I still go to Kyle twice a week.  He’s got me back on track following at least 4 surgeries since then – when I know if I didn’t have him it would have been months gone by before I’d have gone back to gym.  And the thing about massive behaviour change that’s sustained over time, is that your loved ones notice the difference.  So not only have I gone consistently, but John’s gone for 4 years now.  And my mum joined a year ago (and we now gym together) and my dad came on board a few months ago too!

The same lessons apply to your money