What you need to know about the market crash 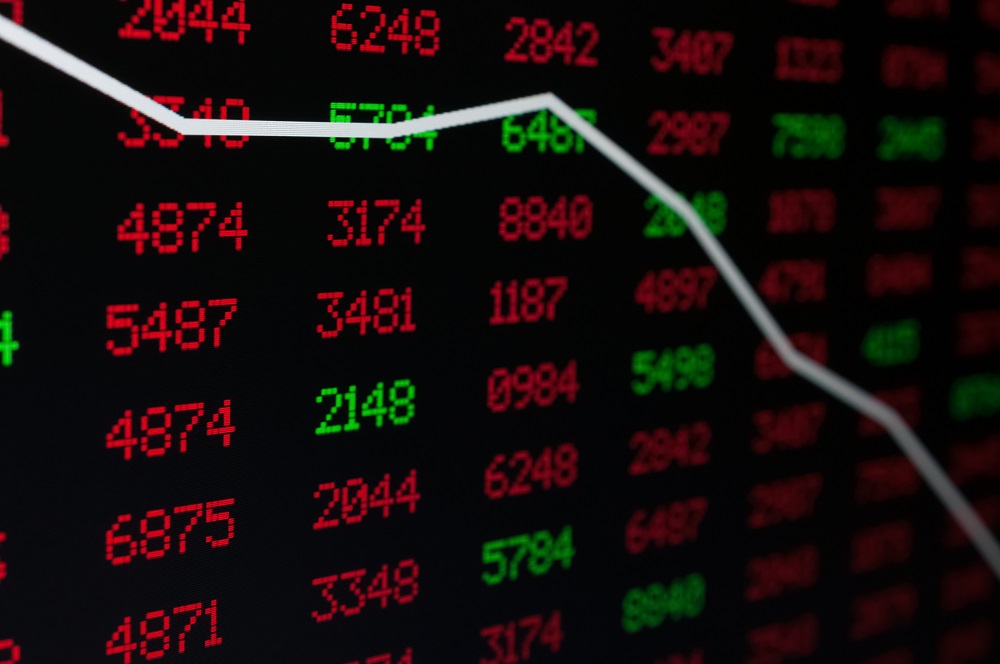 As you may all know, the markets over the last week have been anything but predictable, and I feel an even like this only happens every decade, so it’s worth us sitting down for a chat. When markets crash, fear and panic set in, and this causes more damage than good.

So let’s start with the background so we’re all on the same page.

The global nature of the markets

The flow of money is a global thing…  and global investment flows impact every country far more than local shocks.  This is so important, I can’t ever stress this enough to my wealth management clients.  The very first decision in the decision tree that any investor makes when investing their money is “Do I invest in Developed Markets or Emerging Markets”.  Their first choice, if the return on that investment was the same in both Developed and Emerging Markets would be to invest in Developed Markets as the risk of the political and social conditions is less.  But, things are never equal, and sometimes you can get a better return in emerging markets after accounting for the risk they have.

In the last few years, Trump injected a significant amount of money into the US economy by cutting taxes… especially for businesses.  When businesses suddenly have more money they can use to invest or pay their people more without needing to sell more – it stimulates the economy.  So the decision for Global Investors has been easy – there’s more growth in a safer developed country called the US.  The only time the US took strain in the last few years was when there was the Trade War with China – because it meant that people would have to pay more for Chinese Goods in the US and American Companies that made their money selling to China would have less sales because those goods would become more expensive in China.  The minute the markets ‘punished’ Trump for the trade war, then he resolved it.

As a result of that injection of money into the US economy, two things have happened over the last 5 years… Investors put more money in the developed markets, especially the American markets as Britain and Europe were going through Brexit… So as a result, money didn’t flow into Emerging Markets such as South Africa.

Secondly, the tax cuts and extra money everyone had meant that instead of the natural cycle every 5 years or so of going from a growing economy into a shrinking economy and back to a growing economy, America stayed growing.  As a result, the US markets had one of the longest growth cycles in history – an 11 year bull market.

But over the last year, there have been signs that things were beginning to turn…

Two of the biggest predictors of trouble coming is the Manufacturing Index and the Baltic Dry Index otherwise known as the Commodity Shipping Index.  In HumanSpeak, those indexes measure what’s been made (manufacturing) and what’s been moved (shipping).  Over the last year both of those have started to decline… triggered by many things, but in particular the trade war between America and China (the two biggest economies in the world) that was such a factor of last year’s news cycles.

Effectively two major things happened:  Oil dropped to $30 a barrel and Corona Virus moved from being a China thing to a global thing.  So let’s take that one by one.

I’m going to start with Oil.  Oil is a major cost for most countries (and money spinner for a few).  Two things collided that almost never happen at the same time for oil – a supply issue and a demand issue.  Usually it’s one or the other.  On the demand side – this trend I spoke about in the reduction of the commodity shipping index and manufacturing index meant that demand for oil to move all those goods had already started to decline.  Then, there was a double whammy – the Corona Virus closing travel to countries.  Whilst it was just China or just Italy, that was one thing.  But when Trump closed American’s borders to European travel, and the European countries started closing their borders, then major panic on the demand for oil kicked in.

Then there was supply side issues.  Essentially Russia and Saudi Arabia are engaged in a little game of chicken at the moment, and trying to see who will blink first… resulting in a massive amount of oil being put onto the market that there isn’t enough demand for, and so the price is rock bottom.  The background to this is that America has become the largest supplier of oil in the world since shale oil was discovered.  This has upset the industry dynamics, and so a power struggle is under way.

Let’s turn to the Corona Virus.  The second big issue.  The biggest threat of the Corona Virus to the economy is the restriction on travel and entertainment.  The minute businesses can’t travel for meetings and tourists can’t travel, the travel and entertainment industry is under significant threat.  Airlines face bankruptcy, restaurants, hotels, Airbnb’s, taxi’s and Ubers and all the people employed by them face significant threat.  Companies are no longer hosting events and sports events are no longer taking place – further damage to those travel and entertainment businesses.  Corporate training isn’t happening.  The concern is the knock on effect.  The loss of jobs, the closure of companies, and the resulting impact on the economy.

Both the oil issue and the Corona Virus issue have happened at a time when things were starting to enter their natural downward cycle.  People were already asking – when will the markets and economies turn… and the question everyone was wondering was – what will be the trigger?

The thing you need to know about the stock markets is that they are predictive.  Effectively human beings take the information they have (or in most cases think they have), and try and act before it happens and everyone else follows.  So what happened this week was that people predicted that the impact of the Corona Virus and drop in oil would push the global economy over the edge into the recession that everyone had been waiting for.

So it leads people to the next question.  Is this another 2008?

Well, the simple answer is not really.  The major reason is that 2008 was caused by a fundamental structural issue within the financial services sector – with many different financial elements coming into play.  Two of them being the complex financial instruments related around mortgage debt repackaging and the banks holding too small a safety net in terms of their own savings or what’s called capital adequacy ratios…  the amount of money they have to have in their savings accounts for a rainy day.  When 2008 hit, some banks didn’t have enough to cover their own debts let alone continue to lend to small businesses or consumers.

This issue is caused by external events.  A trade war and trade tariffs reducing manufacturing output; an oil war between Russia and Saudi Arabia; and a virus.  All of those will reverse or reach new normal levels at some point. And, since 2008, the Federal Reserve Banks of almost all countries have been slowly increasing the amount of savings or capital adequacy ratios that the banks need to hold.  So that when trouble hits, they can still remain in business, still cover their debts and still lend to small businesses and consumers.

So how does all this affect you… and what do you need to do about it?

This week I wrote to all my wealth management clients.  So I’ll share my advice to them with you.

My little girls watch a spin off of the Lion King when the Zebra’s famous saying is “Panic and Run, Panic and Run”.  However, when it comes to the stock market, that is by far the worst action to take.

The biggest reason why most people never make the growth returns they need to make over the period of their investments is that they sell low and buy high.  They ‘panic and run’ in the midst of this type of market when it drops really low.  The reality is you make (or lose) your money on only two days – the day you buy and the day you sell.  Between that (like now), there are times when you have what’s known as ‘paper losses’, where although the value has gone down ‘on paper’… until you actually sell, that loss can just as easily turn around in a few months and become a gain when the markets grow again.  But if you’d sold, and put it into cash, you’ve locked in that loss and have no chance of getting your money back.

A study by JP Morgan over 20 years of stock market data showed that if you took your money out the market and happened to miss the 10 best days out of 7,300 days, you would make just less than half the amount of money you would have made if you’d just left your money invested.  If you missed the 20 best days (out of 7,300), you would have ended up losing money over that 20 year period.  The moral of the story being, you need to stick to your investment plan.  If you had sold out on Thursday after the US markets dropped so radically… you would have missed out on the 9.3% jump that happened on Friday in the US markets.

There is great opportunity when markets drop.  I personally am buying now – moving cash into equity funds, and successfully did that in the aftermath of 2008.  When people ask me whether it is the right time to buy for them– I have no idea.  I cannot forecast if the Corona Virus will get under control or not, or if Donald Trump will use it as an excuse to cut tax rates again to ensure he’s elected again, thereby stimulating the US economy.  But what I do know is that I will never perfectly time the bottom… and over time it will definitely rise. You see, my timing is long term – more than 7 years- and over the long term, the markets will rise.  So I see these current times as opportunity, not loss – because I haven’t sold and realised any losses.  But never forget, my personal strategies are right for me – you need to stick to your personal investment strategy.

One thing I would recommend is that you take the opportunity now to reduce any non-essential spend.  Things will get tight as work is going to dry up for many self-employed people.  The economic impact to companies is going to affect them and there will be job losses and low bonuses.  So start now to reduce your expenses, build a side hustle to create extra income and become more frugal.

So whilst the market bumpiness is difficult for all of us to digest, it’s the time to sit tight, hold to our plan, and read a little less market news so we don’t get as stressed as we could!