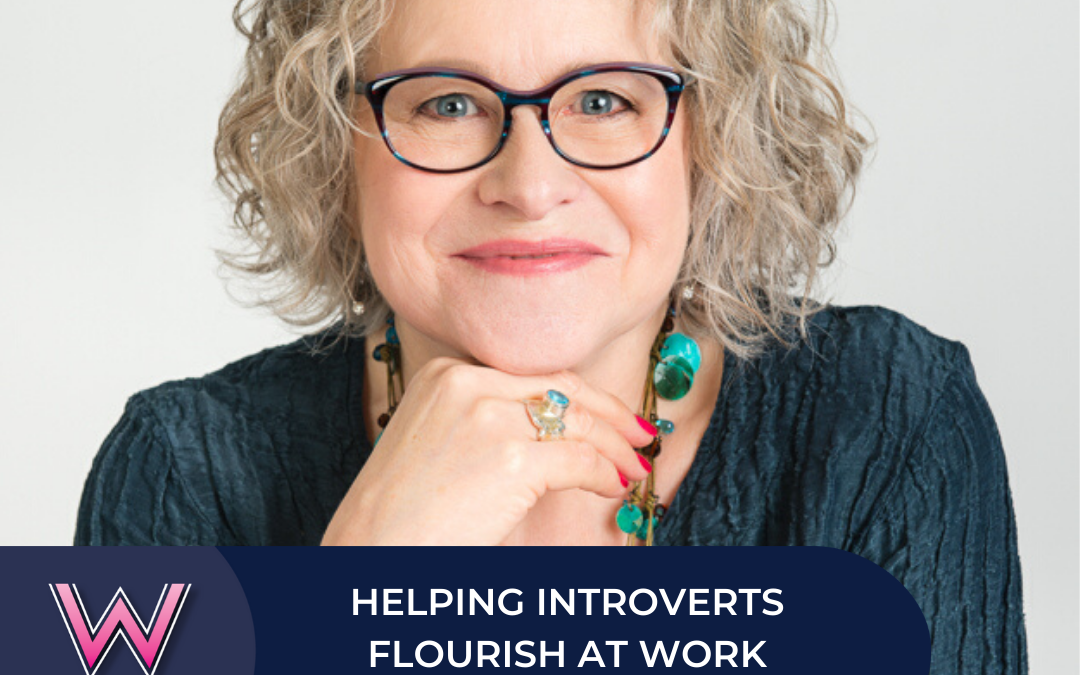 In a world that seems to value ‘faster, quicker, louder’, are you an introvert struggling to keep up? Feeling drained and over-stimulated by these high-energy, extroverted interactions, do you exhaust yourself more by pretending to be something you’re not?

You’re not alone, and you’re not imagining the pressure that you feel in the workplace to step up, be the leader and contribute to the conversation. My guest today tackles this bias towards extroversion in the business world.

Joanna Rawbone, the founder of ‘Flourishing Introverts’, talks introversion and how to OWN IT! She gives some tips and techniques on how the introvert can play to their strengths, in order for everyone to make their contribution and bring value for the diversity they bring.

[00.59] How Joanna discovered that she was an introvert, and ultimately broke free from the pretence of being someone she wasn’t.

[02.56] How introverts can learn to cope in a work environment by ensuring that they have plenty of opportunities to replenish before going out into the ‘big extrovert world.’

[03.59] Joanna teaches a quick method to replenish and re-energise.

[05.39] Beyond the many stereotypes of extrovert and introvert – the actual characteristics are:

[08.50] How you can leverage your strength as an introvert and work towards actively participating when needed in the workplace.

[11.11] Ways that extroverts can change the way they handle the workplace in order to better accommodate the introverts.

[12.33] How to prevent decisions made in meetings changing once introverts have had time to think about it.

[14.45] In Joanna’s TEDx talk she speaks about the most obvious business practices that are biased and the resulting negative consequences. She extrapolates here.

[18.35] The three stage process that corporates can implement to tackle the bias.

[23.53] The three practices of the Flourishing Introvert philosophies

As Joanna says “it’s not about hiding inside introversion.” Once you’ve identified and owned it, you can act towards your strengths, and when you’re ready, step out beyond it. “It’s about pushing the comfort zone boundaries so that your comfort zone becomes wider and larger and bigger and broader.”

There is a place for everybody, and both sides (introverts and extroverts) need to value the strengths and the differences that each side brings because there are so many benefits to be had by genuinely appreciating and valuing the neurodiversity!

Head to her website flourishingintroverts.com where you’ll find her TEDx talk, as well as the quiz to help understand the type of introvert you are (there are SIX types!)

“Otherwise what happens is introverts, like me, have lots of great ideas but there’s never space in the conversation to air them, because the conversations is moving on too quickly’’ – Joanna Rawbone

“People still mistake shyness, depression, social anxiety, they conflate that with introversion, but extraverts experience those things too, so that’s not the same as introversion” – Joanna Rawbone